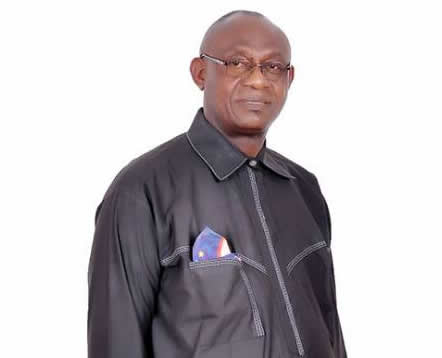 "...as soon as I heard the call from the Lord who said to me "My son I will train you and show you to the world, only if you will humble yourself and live for me. I will establish you in Righteousness and make you Apostle to the Nations.." Apostle Berty Agbanusi.

1. Go and be an encouragement to believers.
2. With signs, wonders and miracles I will use you to bring in the unbelievers (Mark 16 vs. 17 – 18).
3. You are an Apostle to the nations. But you have to undergo so many (discipleship) trainings.
 Evangelist Afam Eruchalu led me to Christ on the 11th of October 1988 at a Full Gospel Business Men's Fellowship International Dinner Outreach at Agura hotel Abuja.
 I underwent some training under Bro. Gbile Akanni.
 Barrister Emeka Nwankpa, Steve Akinboboye, Udofia and other leaders of Intercessors for Nigeria and Africa taught me prevailing prayers.
 Kenneth Hagin snr, Kenneth Copeland and other faith practitioners including Bishop David Oyedepo, opened my eyes to the world of faith that moves mountain.
 Full Gospel Businessmen's Fellowship International offered me the opportunity to practice these things I learnt. As a one time President and later Field Representative, I was given the opportunity to fan into reality the leadership qualities that God had already bestowed on me.
 In 1988 God told me, He will train me and also introduce me to the world only if I will live for Him in righteousness, obey Him and avoid distractions for they will come. By His leading in 1999, we embarked on a fifty days (50) fasting and prayers for the liberation of Obosi land (October 12th through December 4th 1999). From the year 1988 when He called me into this training, He never told me when I will graduate but suddenly after the prayers in 1999, February of the year 2000, He said to me "Go in this thy might for I will be with you – He gave me the scripture in (Isaiah 65 vs. 24).
 From 1988 – I was going with the name as an evangelist, "BERTY AGBANUSI EVANGELISTIC ASSOCIATION". In the 90's He said to me Asaba will be the headquarters of the ministry I have committed into your hands. It took us time to obey that call, but as a merciful God, He used my then landlord in Onitsha to terminate my tenancy for doing nothing. On the 16th of December 2004 we concluded arrangements and moved in with some of our belongings on the 18th of the same month only to pack– in fully on the 5th of January 2005 into a beautiful house in Asaba that is better than the one we lived in Onitsha.
My evangelistic work was further graced by the laying on of hands by the international prelate of Spirit of Life Ministry, Bronx, New York "Bishop Valli Walton who also issued me with an International Preaching Licence /Ordination and an identity card to be able to go both locally and internationally unhindered.. This is why we moved in immediately to answer the demand of heaven on us, to avoid delay. The Bible says these things are written for our example. Our brother Paul said that he was not disobedient to heavenly vision that was why he worked ceaselessly more than other Apostles. Due to the need to preach this word unhindered as a servant of God, my eyes were opened to the need to attend chaplaincy training.
 A chaplain means a servant of God in military uniform. Due to its international nature I enlisted into the chaplain corps and was commissioned on the 12th of August 2007. We served and worked with many teachers but in all these years I submitted to a man of God whom I served for upwards of thirteen years, according to the word that came to me in 1991, to look for and serve any of His servants. The man of God's name is Bishop Dr. Benson chukwura Ezeokeke of Salvation for All Mission Inc. Onitsha.

GOD'S FAITHFULNESS TO THE WORK COMMITTED INTO OUR HANDS

HE has led us into so many battles and given us so many victories as well..Individuals, Family's, Villages have received all manners of healings/deliverances from GOD through our ministrations. People have received their healings through phone contact while we pray (for there is no distance in the realm of the spirit)
(1)We saw GOD raise back to life a Bank official on the 27th of March 2007 in Asaba.
(2)A victim of H.I.V./AIDS tested negative after an intensive prayer to the glory of GOD.
(3)Some people who were wrongly jailed received their freedom after telephone prayers.
(4)The most exciting is seeing people declaring for JESUS CHRIST after listening to the message of the kingdom of GOD as we are commissioned to preach.
(5)(a)Through the instrumentality of the word of GOD, we have seen couples coming back together after a long stay apart.
(b) Deaf & dumb receiving unprecedented miracles.
© Generational curses being broken.
(d) Hopeless situations taken care-of by GOD.
(e) Poverty becoming a thing of the past for those that believe in the Resurrection power of JESUS CHRIST.
(f) Couples receiving miraculous babies from the LORD after a long wait.
(g) Communities that have been at loggerhead with each other coming to terms after the ministry of the word of GOD by us.

I received the confirmation of the apostolic mantle in the year 2006 through Apostle Bill Reeder of the New Covenant Ministries Network, USA, who prayed for me, with the word of God in Psalm 102 vs. 13 – "the time to favour Zion has come. – A welcome to the apostolic grace then we changed to BERTY AGBANUSI WORLD OUTREACH.
 Prophecies were coming from the Lord wanting us to have a church as base for the taking off of the Evangelistic / Apostolic work from fathers and sundry but we never considered such move, for we were afraid to do anything that will dampen His love for us. In the year 2005 by His leading, I was airborne to India after four (4) days of the crash of the Bellview aircraft in the country and that marked the beginning of my international exposure. By His grace we have been to some countries to minister the word of God as He warned us seriously against doing any other secular job. He has been confirming the Apostolic mantle by signs, wonders and miracles as He earlier promised He would. He gave us favour anywhere we went and made us assume leadership positions in any group He wanted us to belong. We are involved in so many Christian activities but surprisingly we were able to manage all without fear of any contradiction. His grace flowed like rain in abundance on us, the light of His countenance was not lacking but very evident in all our Christian endeavours.

As I retired for prayers after the southeast Full Gospel Regional Convention which took place between the 15th – 17th of November 2007 in Calabar. I fell into a trance, that was on the 22nd of November being a Thursday and the voice said to me. "I told you to go over and help my people and teach them the word I have filled you with over these years, for there are a lot of junks being served through many pulpits today (Acts 16 vs. 9). Then the name of the church came expressly, "MACEDONIA END TIME CALL MINISTRIES". The church of the end time.

THE NUMBER 'SEVEN' IN RELATIONSHIP WITH THE MINSTRY


(1) The first service was held on the 20th of January 2008 being a Sunday with seven persons in attendance.
(2) The second service was held on the 23rd of January 2008 being a Wednesday with also seven persons in attendance.
(3) We started the process of registration of the Ministry and got the approval and the seal of Corporate Affairs Commission {C A C} on the 1st of July 2008 and the certificate delivered to us on the 20th of August 2008 making it exactly seven months NOTE
The significance of the number "seven" cannot be overemphasized as far as the word of GOD {THE BIBLE} is concerned
(1) We know that GOD created the whole world in six days and rested on the seventh day.
(2) We talk about the seven spirit and seven eyes of GOD so the number "seven" is known as REST. HE has given us rest on every side. Amen.

"…24And let us consider how to spur one another on to love and good deeds. 25Let us not neglect meeting together, as some have made a habit, but let us encourage one another, and all the more as you see the Day approaching."